Robert Barnes, Constitutional Lawyer,  from Robert Barnes, LLC files lawsuit against the State of Michigan. In the following video he explains The evidence against shutdown: the rate of contagion, the mode of contagion, and the consequences of contagion in relation to how they all argue against the shutdown, as neither compelling nor narrowly tailored to pandemic problem given loss of liberty & shutdown harms.

His video goes on to reference the dangerous path we are heading down by allowing this shut down as well as shows historically what has happened in the past when leaders have made drastic decisions based on emotion rather than fact. This situation we are in is not new…it has been done before and has a vivid history of why we should not have repeated it this time.

The video is rather long, however it is worth watching since we are all sitting at home doing nothing anyway.

Look at things from the legal perspective and leave us comments below.

We are still raising funds for legal challenges in Pennsylvania with intent on filing similar litigation in other states that are also being oppressed. Even if you can only afford to donate the equivalent cost of a cup of coffee, it can make a difference. 1000 cups of coffee can help a lot of people. Help us restore your freedoms today. 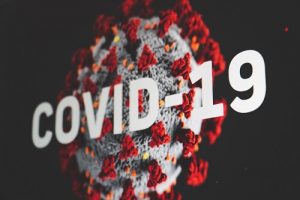 Help us protect your freedoms by filing challenges and lawsuits over damage from government rights infringement regarding Covid 19 shut downs.