To Our Politicians: ALL OF THEM

I write this post with a great tear in my heart and a tsunami of tears over the death of our nation, while at the same time the flame in that same heart, my gut, and the very soul of my being incinerates those tears so fast there isn’t even steam as a result. That flame is caused by my anger at you, elected officials …ALL of you for killing our nation.  THE USA no longer exists. All of YOU broke the last straw. 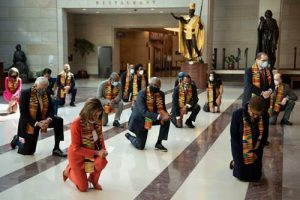 We, the people, watched as you took our freedoms over Covid. We watched as our businesses were closed, and then burned to the ground in the name of Antifa and BLM. Then we watched as you took a knee, shredded our history, and renamed our streets within days to appease these protesters burning our businesses down. We watched as you told them give us some time to work on things.  Then, we watched some more as you destroyed election integrity, and turned a blind eye and deaf ear while making a bunch of noise like half of you pretended to be  outraged over it.  We watched as the courts abdicated their duty to act as a checks and balance system by refusing to even look at any evidence of fraud all while you were screaming. “LAW AND ORDER”. Finally, we gave you time to straighten the issue out.  We watched again as you didn’t listen.

Then,  when you did nothing after months other than make noise that everyone knew would amount to more nothing, you had the NERVE to call us, the people, your bosses, traitors and terrorists after we entered the house we pay for to remove you from the jobs that WE pay you to do. Those people entering that house that we pay for were not terrorists. In fact, the person you killed that day was a true patriot military veteran of 14 years with four tours of duty as a security specialist wearing an American flag and you all called her a terrorist. Ashli Babbit was her name.

You drove the final nail in the coffin of our dead nation on that day with your condemnation and terrorist proclamation.  You are the biggest and most traitorous employees that I have even seen in my life and how you got into government service is beyond me. Every one of you are there to suit yourself, not serve your people. If you had even the slightest understanding of the foundations of our government and what our forefathers fought for then your souls would be tortured by their screams as mine is on this day hearing that condemnation come out of your mouth.

Our Forefathers, the people that fought and established this country made you our employees and that house our house! In the face of tyranny, they told us that it was our duty to tear down this government any way we see fit. That did not limit us to voting because they knew at some point voting would fail. They knew that at some point our house would become polarized and government would fail when you stopped listening and started looking after your own interests. They knew that revolution was a necessity to keep good government.

When we came to take our house back and fire you for the horrible job you were doing because elections had failed, and our freedoms had been taken, and our courts went blind, and you stopped listening … You called us terrorists as you kneeled to the people that burned our businesses!

YOU have failed the foundations of our government, the Constitution, the oath you took, our Forefathers,  and US.  You have failed the people that hired you. You told us we didn’t belong

in our own house.

The act that occurred on January 6, 2021, that you condemned as terrorism would have been the same act committed by our Forefathers 245 years ago under the same situation, and they protected such acts knowing this would happen someday.  You didn’t have to praise the act, but you also should have never condemned it if you understood anything about the position you held and the sacrifice of those that made that position possible. By condemning us, you condemn our forefather’s  valor, heroism and sacrifice, along with every man, woman, and child that shed blood for it. You are nothing but destructive, ignorant, little children and you are no longer fit to sit in office.

When this act occurred, I was sitting at home, but I cheered at the act of patriotism as I am sure millions of others did, too. When you called them terrorists, you called me and all of your bosses terrorists.

If ‘terrorist’ is what you want to call us and those that stormed that building, our building, then we patriots need to wear that terrorism label proudly with head held high as we now share a place in history and  wear the same label our forefathers were given by the British when they created this once great nation that is now dead. We are those patriots: Americans.

We, the people, demand that every one of you politicians currently holding office resign as failures and new elections be held that you are barred from sitting. Either turn the country over to the military until your positions can be filled or set your resignations to take place for six months  from today and have a special election with NO PARTY influence. Jobs are not a popularity contest, they are a merit based representative position that you have failed by turning on your employers on both sides of the aisle over and over again.

You have failed us all and killed our nation for the past nine months, maybe even longer,  and none of you deserve to be there. Leave our house now. We don’t want you anymore. You are the traitors and terrorists that are holding a nation captive to suit your own purposes, not serve us.

Do you feel better now? T

But know this, their response, if any, will be to increase their mirth for your missive is nothing more than a further source of hilarity to them. That is on them for they are wicked and hardened of hearts.

I suspect you have not included that which you would be most inclined to say. You do not say it for you fear the government coming down on you are yours with all its weight and zero forbearance for you. That’s okay, we all know what is meant even though it be unsaid. Six months is far too long a time. Two months may also be too lengthy. This IS the day we have prepared. This IS the hill.

I now hold in contempt also the military. For they, as institutions, have shown and proven a fealty to fraud more than to the Constitution and to The People.

You choose peace or war?